Mediocre Movies and Who Can Sell Them 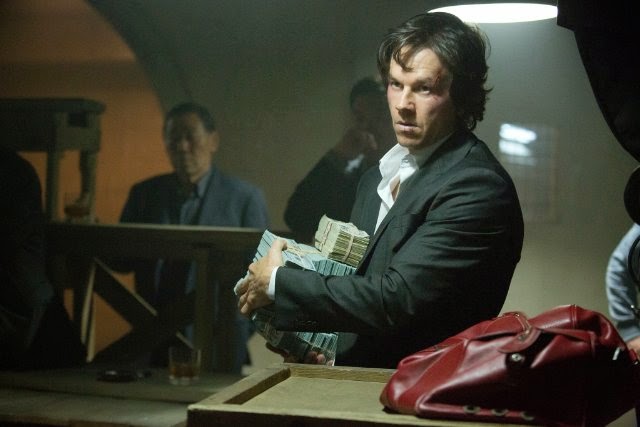 What happens when your movie is mediocre at best?

I'm not impressed with you, Chris Pratt. Sure, you've risen, gloriously as a phoenix, from being part of one of the best comedies on television to being the lead in the biggest film of the summer. Sure, you went from being a doughy every man to getting super jacked. Sure, you can rap "Forgot About Dre" flawlessly. Sure, you're about to be the lead in not one but two of my favorite childhood film series and will probably be the biggest movie star for the next three years or so. Naw, you don't impress me. Not one bit.

As good a year as Chris Pratt has had, and despite how brightly his star will shine on in Jurassic World and very likely the Indiana Jones reboot (which I can't imagine this guy would turn down), there's something almost unremarkable about the way he casually dominated 2014. He was the lead in two movies last year, Guardians of the Galaxy and The Lego Movie, both of which considerably outperformed expectations critically and commercially by anyone who cared to project that sort of thing. However, I'm not here to talk about good movies that made money (which actually is sort of remarkable, when you think of it).

Here are some things that Guardians of the Galaxy and The Lego Movie had going for them. Both were part of well-known brands, the former part of the seemingly indestructible Marvel umbrella and the latter was about the best part of your childhood. Both had pretty good talent behind the camera (or in The Lego Movie's case, the keyboard). James Gunn, little known as he is, did write the screenplay for Dawn of the Dead and directed Slither. Phil Lord and Chris Miller haven't stopped making good shit since Clone High. Both were well-marketed, specifically Guardians with that trailer that essentially changed everyone's mind about the worth of watching a talking raccoon and Diesel-Tree fight aliens. Both were pretty good, which helps a bit, with Guardians getting a 91% on RT and Lego getting a 96%, both getting As at CinemaScore as well. They were both clearly perceived as being great movies, and they both made money.

But what if we stripped that all away? What if you gave someone a film that was not part of a known franchise, was made poorly, and got trucked by critics? What if they had no budget for marketing or production? You would think that the movie would do poorly.

So I compiled a list with films from the last five years with these parameters:

What does this tell us? For one, there have been a shit ton of bad to mediocre movies in the past five years that fit these tiny parameters, 122 out of 500.  More crazily, only 23 of the 122 lost money (of course, these were the top 100 domestic grosses of the year, so that’s not that nuts). Other than that, there’s not much that stands out. However, some things cannot be denied.

For one, Mark Wahlberg is undeniably the king of the mediocre movie hit. He’s in five movies on this list. Five! In five years! Contraband, Date Night, Pain and Gain, 2 Guns, and the highest grossing film on this list Ted, all feature Marky Mark. In this same span he’s been in Transformers: Extinction, The Other Guys, Lone Survivor, and The Fighter, all big hit commercial hits and the latter three critical successes. In fact, the only unsuccessful movie he had during the past five years was Broken City. Is Mark Wahlberg a good actor? I don’t know, but this has been an undoubtedly historic run, given he has been mostly working in sub-par material. How did he turn Contraband into a $65 million profit? How is someone who once portrayed a guy named Bob Lee Swagger suddenly the most reliable man in the business?

It could be because Wahlberg doesn’t take too many chances. He never puts himself in a position to be in a bomb and really hasn’t since 2001’s Planet of the Apes remake. It’s as if he’s living by the mantra “You don’t need a feast. You just need a meal.” Of the five on the list, only 2 Guns makes it above $60 million in production budget. Of the others in the past five years, Transformers and The Other Guys are his real budget splurge movies. At this point, I can’t imagine a world where a Transformers movie doesn’t clear half a billion in profit, so no real risk there. Inexplicably, The Other Guys carried a $100 million production budget, so despite being great, it doesn’t seem likely that the film made much of a profit (it made $170 million worldwide, so if they cut corners on foreign marketing and got back a decent haul in home video sales, maybe they got back something). However, Wahlberg did gain credibility as a comedy actor after The Other Guys, which lent itself well to the box office performance of Ted and Pain and Gain, one would assume. And it doesn’t appear that the Wahlberg money train has any intention of slowing down. The Gambler has continued Mark’s legacy, bringing in $33 million at the domestic box office against a $25 million production budget, with openings in the foreign markets still to come.

The opposite has been true for Vince Vaughn, who has found himself in an impossible situation.  He’s had four movies qualify for this list of mediocrity (the other two movies he was involved with in this span didn’t make enough money to fund a school play) and three of them (The Dilemma, The Watch, The Internship) were bombs, while the one that turned a profit, Delivery Man, (which Chris Pratt was also in, by the way) made a scant return despite a relatively minuscule budget of $26 million. $58 million seems like an unnecessary production budget for a Google ad, and $70 million seems like even more for a movie where the plot is basically Winona Ryder cheating on Kevin James. However, considering Vaughn had a string of seven years where he starred in a half dozen movies with similarly idiotic premises that made boatloads of cash, you can see why it might have taken a few bombs for dollar-sign-eyed executives to made pump the brakes on just handing Vaughn sizable budgets. It’s gotten bad enough that his only recourse was television, although an exile to HBO’s lauded True Detective series isn’t such a terrible landing spot.

Other notables are Melissa McCarthy, who has three movies on this list (Tammy, The Heat, and Identity Thief), Jennifer Aniston (Horrible Bosses, Just Go With It, We’re the Millers, and The Bounty Hunter), and Nicholas Sparks (The Vow, Dear John, The Lucky One, The Last Song, and Safe Haven) who would be the writer equivalent to Mark Wahlberg if he ever wrote a Boogie Nights or something that didn’t involve ghosts and ghost girlfriends or if he used the pen name Bob Lee Swagger.

Ultimately, no one wants to have a movie on this list, because there’s a good chance that if you’ve made a film with these attributes, you’ve made one hell of a forgettable movie (try to recall any detail about Hereafter). But there’s no denying that selling bad movies over and over again is a considerable feat, one that will keep us in Wahlburgers and opportunities for white folks to find love in Portland, Maine for a long time.