Is there an active actor or actress who can win all four major awards?

Today A couple days ago, Oxford dictionary inducted units of language to forever be recognized as real, actual words. In addition to such essentials like “janky” (of extremely poor or unreliable quality) and “teachable moment” (an event or experience that presents a good opportunity for learning something about a particular aspect of life), the acronym “EGOT” became official.

What does it stand for? Emmy Grammy Oscar and Tony. What is it used for? It is considered the round trip for all the major annual entertainment awards, and is a badge of honor for those folks in the entertainment industry who have won at least one of each. All-time, only twelve people have won this award:

There have been as many people to walk the moon as there have been winners of the EGOT. The last actor or actress to win it was Whoopi Goldberg, which is slightly terrifying. How did this happen? She won an Oscar for Best Supporting Actress in Ghost. She won her Grammy for her comedy album Whoopi Goldberg: Direct From Broadway. She won a Daytime Emmy for Outstanding Special Beyond Tara: The Extraordinary Life of Hattie McDaniel, and another for hosting The View. She won a Tony for being in Thoroughly Modern Millie which didn’t win her any individual award but who am I to argue with Wikipedia. So to answer the question, it happened through unlikely, fortuitous means.

Winning an EGOT is a near insurmountable task. There are people who are active and one award away; people like, Al Pacino, Cynthia Nixon, Matt Parker and Trey Stone. However, most of them are blocked by the award they have almost no chance of winning. Al Pacino won't be winning a Grammy. Parker and Stone probably won't be winning an Oscar. Three awards out of four is as close as they'll get.

But we're not here to talk about Al Pacino. We're here, in honor of EGOT's official induction to high school English class, to talk about those who might get to that arbitrary promised land. Here's my list of best bets and dark horses.

Out of everyone, Jackman is the most suited to obtaining the EGOT, being an actor who started on the musical stage and transformed into a premier film star. He’s got a Tony for The Boy from Oz in 2004. He’s got a Primetime Emmy, coincidentally from his turn in hosting the Tony Awards in 2005. For an A-Lister like Jackman, who probably won’t be doing too much stuff on television, those were the hard ones.

He’s capable of winning the remaining two on his list, an Oscar and a Grammy. He’s been nominated for both already for his performance in Les Miserables. The man can sing. He came from theater, famously from the musical Oklahoma!. Was he good enough to win an Oscar as Jean Valjean? Not with Daniel Day-Lewis in Lincoln competing in the same year. In fact, out of the five candidates, his may have been the least worthy performance in an admittedly strong year.

Best Actor isn’t the only category he has to aim for, though. He’s definitely good enough to win a Best Supporting Actor award, were he to accept a lesser role. In fact, you hardly even have to be in a lesser role to qualify for Best Supporting Actor anymore. Think of how long JK Simmons featured in Whiplash. As for a Grammy, he could stumble upon a win for either the theater work he still does or for a soundtrack for a film musical that he is more than capable of doing. Best of all, he’s a consistently successful actor. Barring a real catastrophe, which would take Fox actually killing off Wolverine amongst a ton of other things, Jackman is going to continue being an A-Lister who can choose pretty much any project he damn well wants. Hugh Jackman is the good bet in terms of winning an EGOT.

Does she get a Grammy for singing Let It Go? Doesn’t that go to the composer? Whatever, I don’t know that guy’s name, but I do know Idina Menzel, shamefully mostly from Glee. Idina has that aforementioned Academy Award, and has her Grammy and Tony from her iconic role in Wicked. That leaves what one would assume is the easiest award to win, the Emmy.

I can’t speak to Menzel’s acting ability. It’s hard to tell with Glee. Other than Frozen, I’ve never seen a film with her in it. Unlike the rest of the people on this list, she’s more of a theatre singer than an actress, which might mean more if she weren’t the most famous theatre singer in the world (she sang at the Super Bowl this year). So the question is, can she act her way to an Emmy? I should hope so. Good God, you practically just have to show up on a television show and you’ll get nominated for an Emmy. You can get an Emmy for a Guest appearance! Melissa McCartney got nominated guest hosting SNL for the past two years!

An Emmy win seems more about seizing opportunity. Idina is quite possibly a guest spot on Better Call Saul away from completing the quad.

Did you know Kate Winslet won a Grammy for her spoken word children’s album Listen to the Storyteller? Did you know there was even a Grammy category for Spoken Word Children’s Album? Emphasis on “was”, because that award was unified with Best Musical Album for Children, presumably because why in the world did it even exist in the first place. The point is, it existed, Kate took advantage, and now she’s a Tony award away from achieving a glorious EGOT.

Winslet won her Oscar for 2008’s The Reader. She won her Emmy for the mini-series Mildred Pierce. Those are legitimate, hard-won wins. Can she ever win a Tony? In her own words, definitely not:

"I don't do theatre because I'm not prepared to miss my children's bedtime."

That’s a quote of Kate Winslet from an article from The Telegraph. She has never taken a theatre role, her reasoning being that she doesn’t want to work late seven nights in a row and miss her kids’ bedtime, which is completely reasonable. She has very little incentive to ever budge from this stance, since she’s one of the most highly-regarded actresses in Hollywood and isn’t dying for work, and she just gave birth to a son in December according to the article.

So that seems to be the end of that. Kids ruin everything. 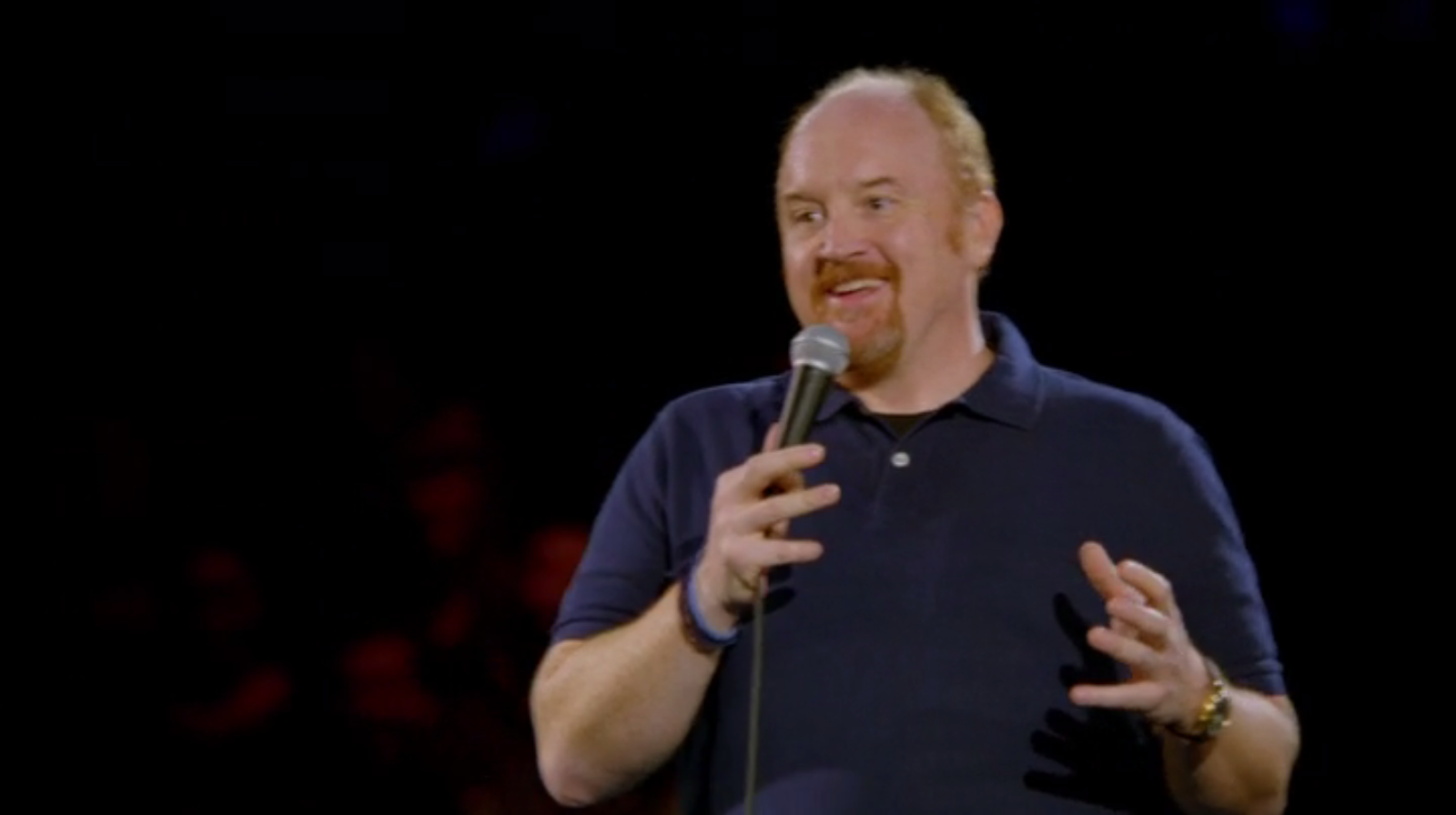 At age 47, Louis C.K. is in his prime. He’s won an Emmy for writing twice, once for The Chris Rock Show and another for his own Louie. He won a Grammy for his comedy album Hilarious. He is a highly regarded entertainer. As far as his acting goes, he’s been in two Oscar nominated movies, Blue Jasmine and American Hustle. His ice fishing story in the latter was sort of amazing.

Louis C.K. could have won an Emmy for his lead role in Louie any of the four years he was nominated and it wouldn’t have been surprising. I would be surprised if he were ever in a position to win a Best Actor Oscar, but I could see him stealing scenes in a movie well enough to win a Best Supporting Actor award.

Winning a Tony is a stretch, although Louie is talented and left-of-center enough that you could see him writing or directing a great stage show. He is in New York a lot. Broadway is close by. The man works on stage as a stand-up comedian. Why not?

Really though, I just like thought of Louis C.K. winning an EGOT before the below entry. 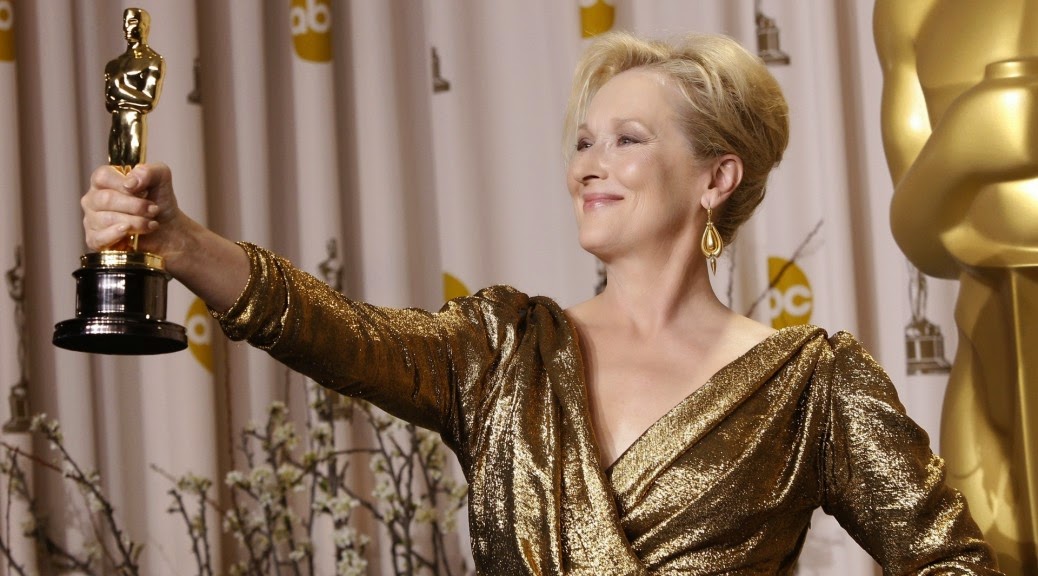 Here’s the thing about Meryl. If she really wanted to, she could have gotten an EGOT a long time ago. She’s halfway there, with Oscars upon Oscars, and two Emmys. She could easily win a Tony the moment she commits to a theatre production. If she wanted to get into a movie that’d win her a Grammy, a movie that just has a killer soundtrack, then she could snap her fingers and be in it. She could record a documentary on whales or something and win the Spoken Word category simply because she’s Meryl Streep and she’s talking about whales, damnit.

She’s starting to be in musical type movies too, like Mamma Mia! and Into the Woods. Maybe she is trying to win an EGOT. However, it seems more likely that she’ll keep trying to be in Oscar buzzy movies, which might keep her from doing theater. Again, one would assume she could easily be in pretty much any theatre production and win a Tony if she felt like it, but Meryl hasn’t done theater since the seventies. There doesn’t seem to be a reason for her to start now.

In regards to winning an EGOT, though, it’s a mighty shame. It even seemed like she was actively trying to get an EGOT, since Mamma Mia seemed sort of pointless and Into the Woods seemed sort of beneath her, but both allowed her to sing. She won her Emmy on a mini-series after she was already an established Oscar-winning and oft-nominated actress. She won a Grammy in what is now a defunct category that was prime for exploitation for EGOT seekers. Now we may never get that Morgan Freeman narrated Good Night, Moon. Maybe it’s just because she’s British, but she seems like someone who could get a theatre role and win a Tony rolling out of bed. It seems like her greatest enemy in achieving this made up award truly is herself.