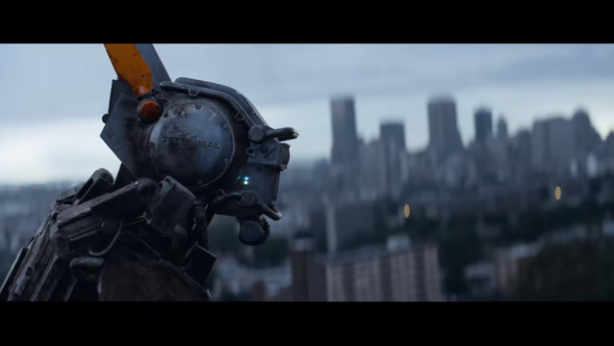 What movies are coming out this weekend? 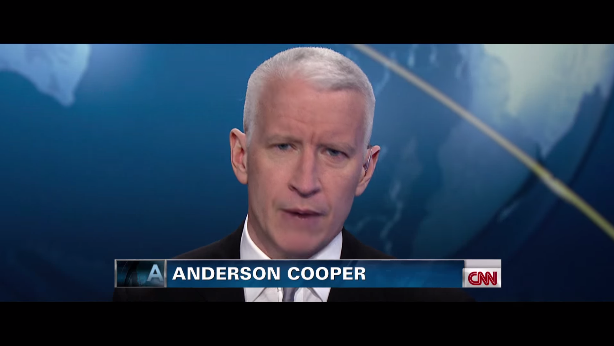 CAP: Good to see Anderson Cooper is still around in whatever year this movie takes place, and that CNN has survived despite the fact that everyone will be getting their news from Twitter soon. Also that the robotics industry has vastly outpaced the firearms industry, which still uses the same pump-action shotguns we've been using for the past five decades. 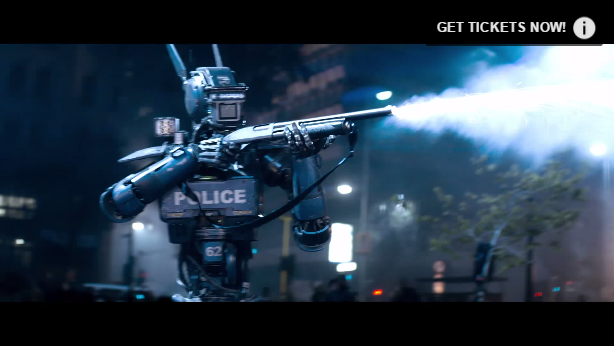 BEAN: A Man Corrupted by Power? Sounds like the only thing that can stop him is a Robot Corrupted by Feelings! 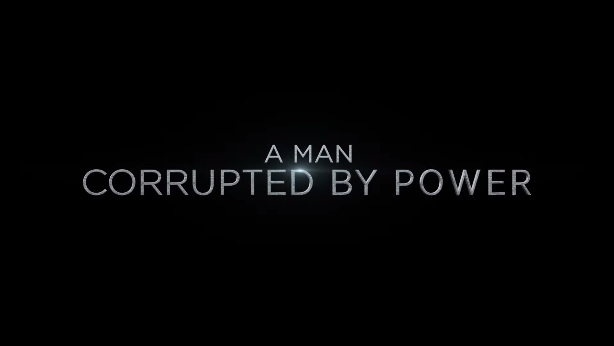 CAP: What possible advantage could there be to making a robot that has feelings? I want my robots to be remorseless killing machines or remorseless helpful butlers.

BEAN: Yeah, Neal from The Newsroom! I don’t have enough feelings to emotionally connect with people as it is. What am I going to do now that robots are taking all the best ones?! 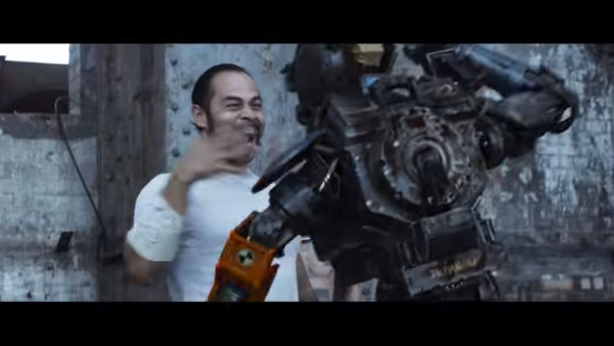 CAP: This dude has risen to some lofty heights for being the guy who’s name I can’t remember on The Walking Dead.

BEAN: Bro, this guy was Chiwetel Ejiofor’s trainer or assistant or whatever all the way back in Redbelt! Side note: Nick from New Girl also appeared in that movie as “Guayabera Shirt Man”. CAP: “From the Director of District 9… also, more recently, Elysium but be cool and forget about that. Come on, bro! BE COOL!”

BEAN: I never thought Elysium was that bad. Maybe if they didn’t go with the totally uninspired choice of Matt Damon, who, let’s be honest, is always the uninspired choice, I think it would have been at least more fun. 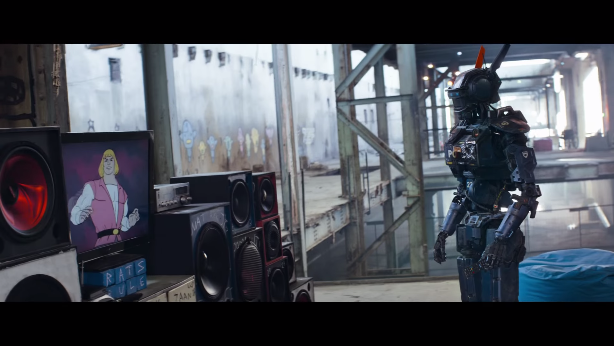 CAP: I love that Neil Blomkamp decides to shoot all his films in parts of the city probably nicknamed “Stab Alley”.

BEAN: He-Man is on television in this crazy gangland dystopia?! I watch cartoons on the reg, and I’ve still never seen He-Man on teevee! 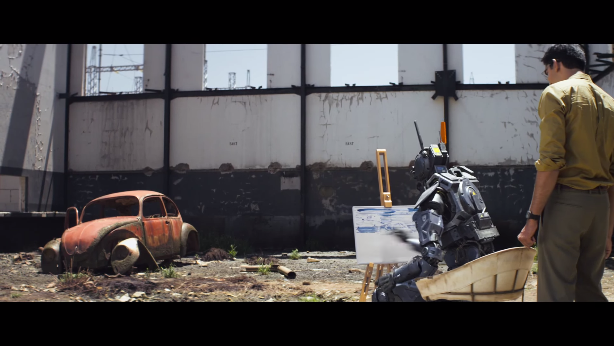 CAP: Come on, a robot painting an exact painting is no accomplishment at all. My printer already does that. My Gameboy Camera did that. The dumb robot from I, Robot did it and it was just some crazy premonition he had.

BEAN: I hope this takes place in the same universe as Real Steel, and Hugh Jackman is the same character only this is in the future after that boxing robot horrifically murdered his whole family and now he seeks revenge on all robotkind as the South African personality he had to create to cope with his loss, Lou Chapman. 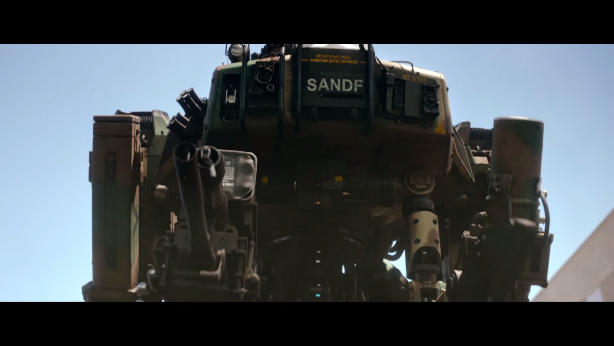 BEAN: Isn’t that the evil robot from Robocop II? 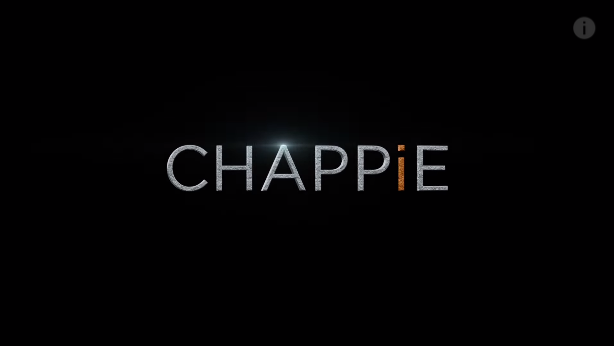 CAP: I guess this is a Mac OS-based robot, with that lower case “i” in the title. I guess Chappie can’t play Far Cry 4.


BEAN: BRO! NEAL FROM THE NEWSROOM IS CLEANING UP THIS WEEK! KEEP MAKING THAT PAPER, NEAL!

CAP: Full marks on naming convention. Naming any sequel with the number lazily affixed at the end is the desperate act of the uncreative man.

CAP: There’s a scene where this lady comes onto Richard Gere inappropriately, and instead of just letting the audience laugh, the editor is like “time to splice in a scene in the movie where a character is laughing, because clearly people need cues to know when we’re making a funny,” showing the clear respect executives have for the sense of humor of their demographic.

BEAN: Poor James Marsden. I bet when he took the role of Cyclops in X-Men, he probably didn’t expect to be playing the character exclusively for the next two decades.

CAP: His one break from being the blandly handsome douchebag that no one likes was in Superman Returns, when he was instead the nice man who was cuckolded by Superman.

BEAN: Through my exhaustive research, entirely done on Wikipedia, there are five people with the last name “Pancake”. Four of them are related. One of them is on the LPGA tour. It’s not a lazy joke at all, though. I’m sure that it won’t come up several times throughout this movie.

CAP: Sweet editing here, transitioning from outside a building to a completely different scene just so we can hear Vince Vaughn react differently from the actual film? 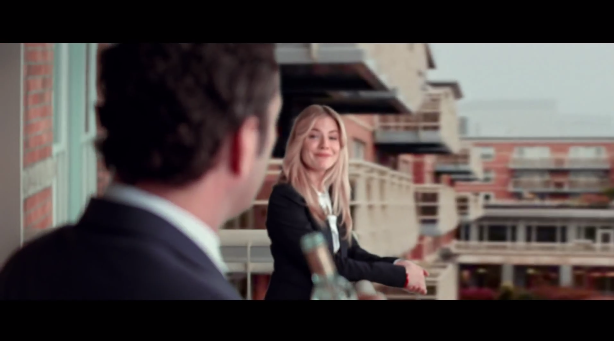 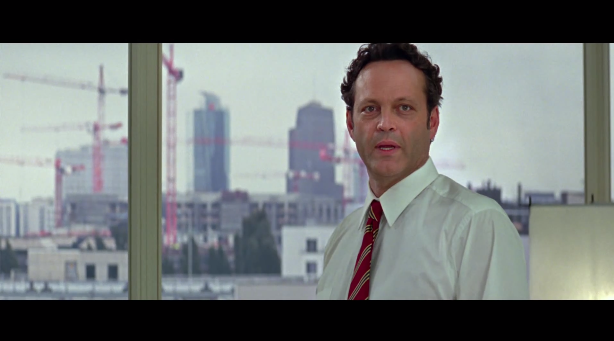 BEAN: After looking up the cast list, I discovered that this lady was Sienna Miller, unrecognizable since she wasn’t crying over the phone at any point of this trailer. 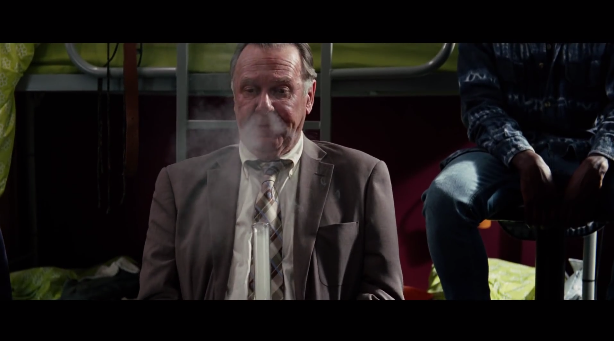 CAP: Tom Wilkinson, what are you even doing here? Shouldn’t you be playing some stern British authority figure who gets exactly one scene in which your otherwise tempered demeanor overflows with a furious rage, like all your movies?

CAP: There’s only two rules in Vince Vaughn’s business playbook, neither of them actually involving business, one of them being to forget the one other rule. You can see why Vaughn’s character is in charge of a miserably failing business.

BEAN: His company meetings must be pure chaos if they don’t follow Robert’s Rules of Order! Absolute chaos! Even Stringer Bell’s drug empire followed them until some fucker was too ignorant for the floor. 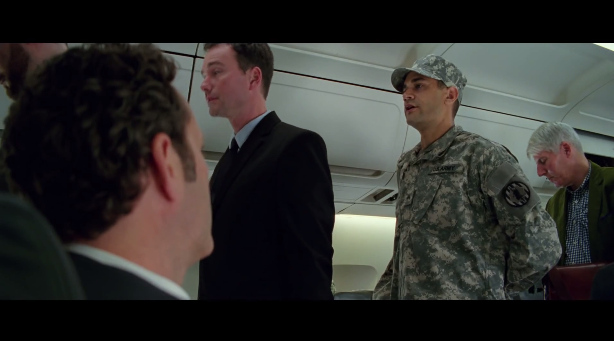 CAP: Stolen joke from a Louis CK standup? Why not?!